Working in a shopping centre is hard when you're trying to stop spending money.

A few weeks ago during the Christmas season, I wandered out on my lunch break. I can't help but stop by House or Matchbox to take a peek... and I found a waffle cone maker! Ooo.. :D

Now, just the week prior though, I had purchased a Nordicware Belgian Waffler from amazon.com.  It wasn't cheap. About 49AUD delivered. M wanted one too. What I really want though, was a hk egg waffle pan (gai dan jai). :( But it's so expensive! I know you can get them on Shanghai Street, Kowloon.. but but.. I still haven't had the chance. Moreso because I can't speak Cantonese so I'm scared of the shop owners. Hahaha. D: 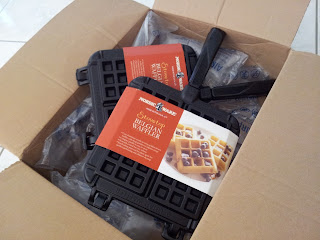 But this waffle cone maker, I was thinking I could make egg roll cookies and love letter cookies with them. Being $20, I thought, yeah ok, why not! I don't have one yet! HAHA.. Unfortunately, with this kitchen addiction of mine, I have most things already. Especially bakeware... 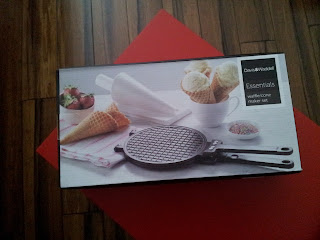 Anyway, I decided to test these two pans out. I tried making egg rolls first. The last time I ate an egg roll cookie was last year when in HK. I went to a HKTB Wing Wah cake class with my cousins and we made wife cakes and egg rolls. I can't seem to find the recipe sheet they gave us, so I just googled for a recipe. I couldn't really find one as people call "springrolls/cha gio" as "egg rolls". I think it's an American thing. Sigh. So I searched in Chinese instead. And I found one! :D But I can't remember where it was from.. :( 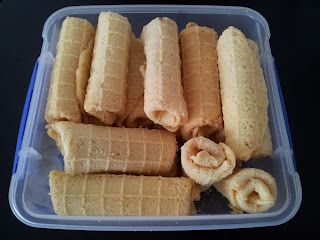 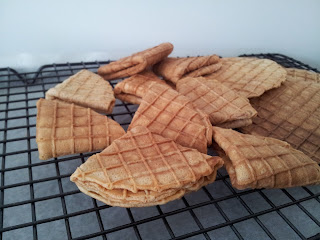 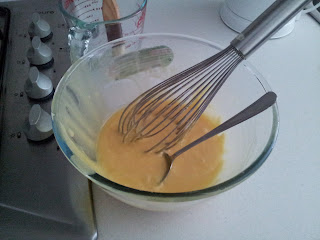 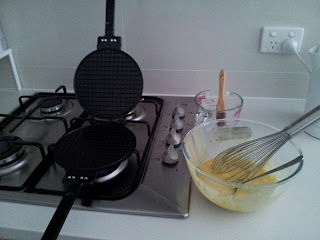 Brush a heated pan with some extra butter.
Apply one tablespoon of mixture. 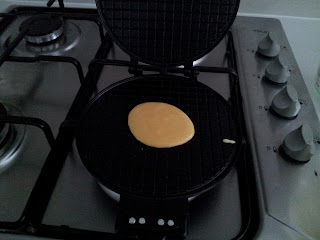 Cook for 50secs on low-med heat on each side. 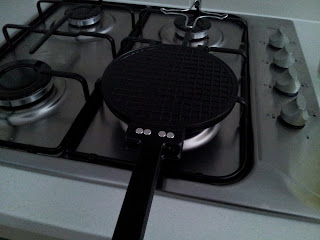 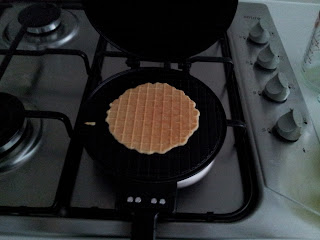 Carefully roll it up. (Beware, as it's extremely hot! My fingers are used to the heat :P )
Allow to cool. 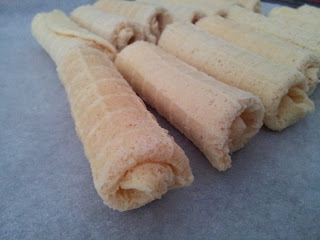 If they aren't completely crisp, bake them in an oven at 120-150C for 30mins or so until they are crisp.
Store in an airtight container.

They taste great! But they don't look as pretty because of the grid lines. But that doesn't matter, right? Haha. I'm gonna make some more for Lunar/Chinese New Years this year.

With the waffles, well, I still need to look for a good recipe. (And I probably shouldn't alter the butter content this time. I'm afraid of butter, so I like to reduce and cut it out, but this doesn't allow the waffles to be crisp :( ) 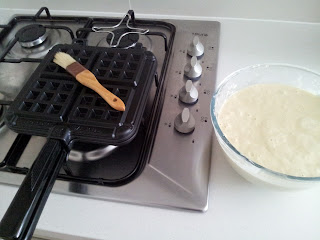 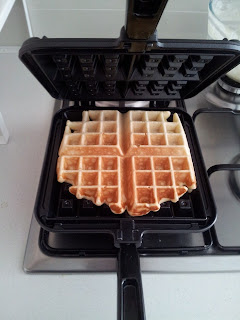 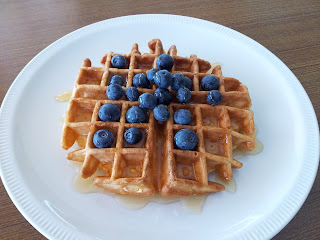 I'll keep trying. Same goes with the love letter cookies. The pan doesn't really work because it's too thick. Sigh...