Very long self explanatory title. The process was as long as the title. Haha. 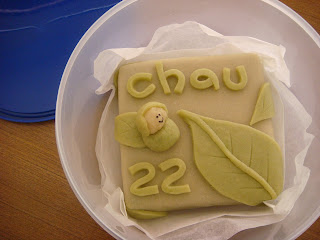 I decided to bake a cake for someone's birthday. A green tea one. But I ended up making something you'd probably not find in bakeries.

What is and why snowskin? 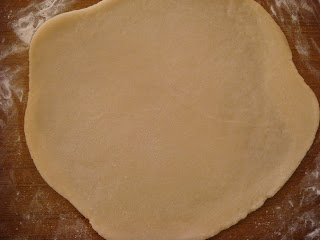 Well.. snowskin as in the snowskin from snowskin mooncakes (see recipe below for what it's actually made of). And why? Because I assumed fondant would be too sweet. So I tried this alternative. Haha..

Melt white chocolate (I did it in the microwave. But be careful as you might burn the chocolate if it's in there for too long), cool.

Mix in the melted white chocolate into the batter mixture.
Then fold in the egg white mixture.

Split the mixture in half, mix in green tea in one.
So now you have a green mixture and a white mixture.

Whip cream with 2 tbsp sugar, set aside.
Dissolve gelatine in water and microwave.
Whisk egg 2 tbsp sugar, milk and matcha over pan, do not boil.
Pour in gelatine mix and leave to cool.
Fold in whipped cream.

Mix together until smooth and green.

Mix together. Knead till smooth, adding more koh fun/icing if too sticky. 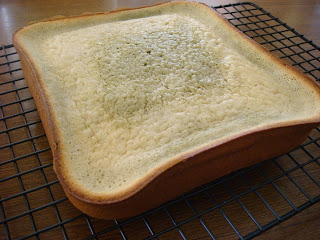 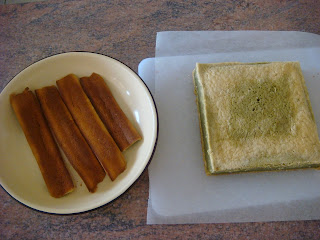 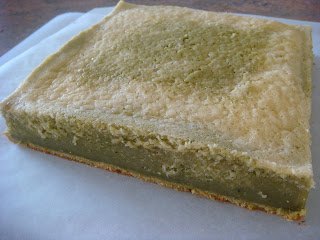 Split the cake into two layers. 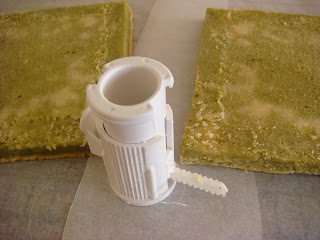 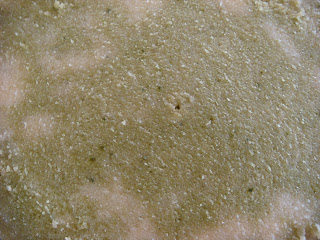 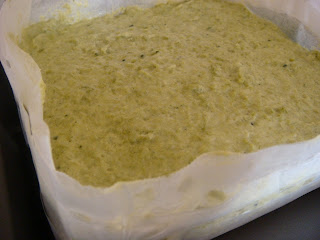 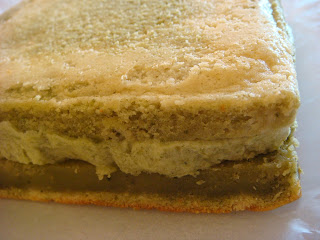 Spread buttercream all over the cake. 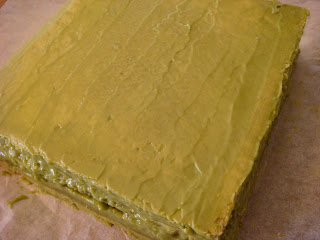 Wrap snowskin around cake carefully and decorate as required. 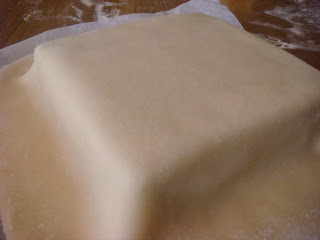 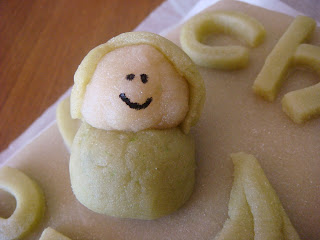 By the way, I didn't draw the face with an inky pen. It's black food colouring. I used a toothpick to draw it on. Oh. And I forgot to mention how everything was stuck on. I used glue! Haha. Nah, I mixed some icing with milk and made a paste. That was my glue :) 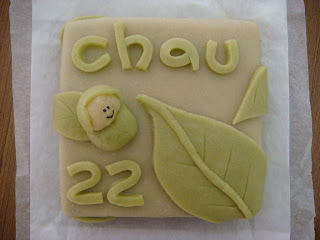 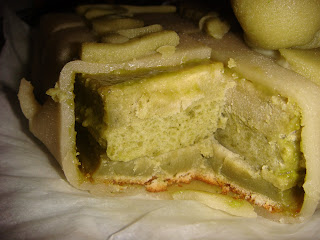 See how the snowskin didn't stick? And the bottom layer of cake isn't so attached? :(
I also forgot to mention that this dries out quickly. The cake needs to be refrigerated until serving as the snowskin likes to dry out.

I wouldn't mind trying this again. But I'll need to buy some more matcha. :)