The last time I ever baked a cheesecake was about 2 1/2 years ago, in 2006. I don't quite remember making it nor eating it, but I have photographic proof that I did make it once upon a time. Haha..

A few days ago, I asked my sister what cake she wanted for her birthday. She said she wanted a baked cheesecake because she's never had one before (she doesn't remember the one I made in 2006 either). So I decided to bake one. I said I would. And I did. It was.. time consuming. And I didn't really have the time to spare. So I compromised.. and made the time to bake instead of studying for a test. Let's just say.. that there's no way I am going to pass the midsemester test on Thursday. We'll see, I suppose.

I tried the steam bath method to bake my cheesecake as I've heard that it creates a better result. I just used a large roasting pan filled with some hot water, and placed my cheesecake in the center and baked it. And people are right! There were no cracks on the top of my cheesecake and the texture was pretty smooth. :)

This recipe was pretty much fool proof. The biscuit base and cheesecake filling were perfect. My only problem was that my lemons didn't give me any juice. :( 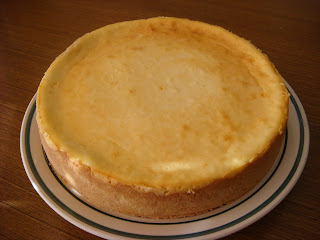 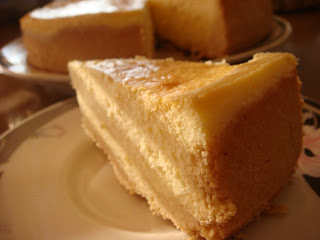 Sift and mix flour and baking powder in a bowl.
Cream butter and sugar in another bowl. Then add vanilla extract and egg. Mix.

Combine flour and butter mixture until a dough like or crumbly dough like consistency is reached. (Eg. The dough should hold if you squeeze a ball of the mixture together)

Grease a large springform pan.
Press the dough mixture into a thin layer at the bottom and the sides of the pan.

Bake for 10mins. Remove from oven and allow to cool completely. 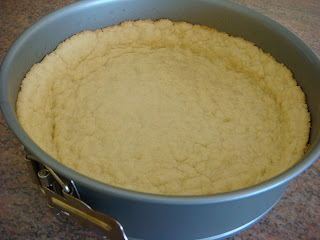 Wrap the outside of the springform pan with a few layers of aluminium foil. 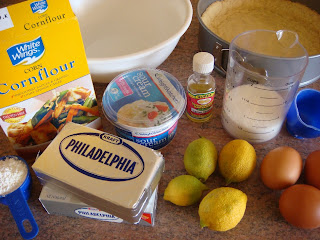 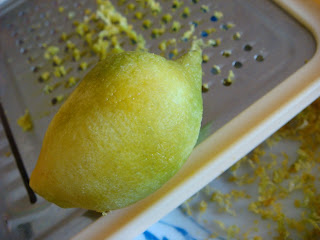 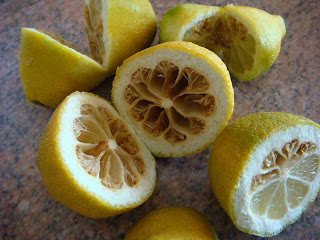 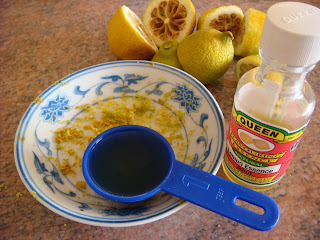 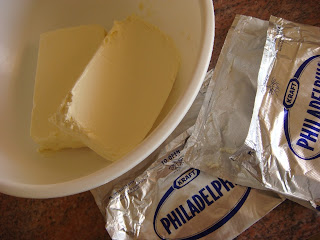 In a mixing bowl, cream the sugar with the cream cheese, lemon essence and lemon rind. 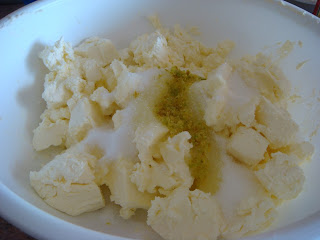 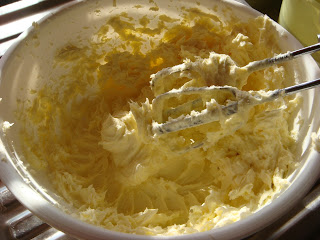 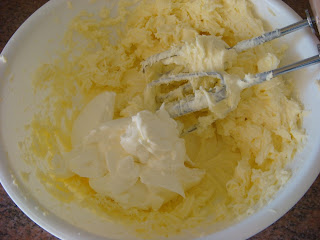 Then add one egg at a time, blending until combined. 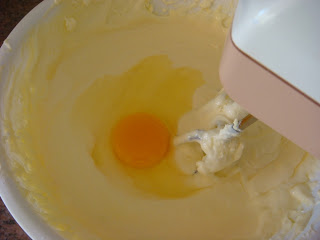 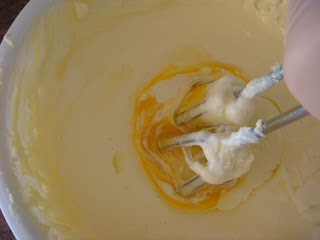 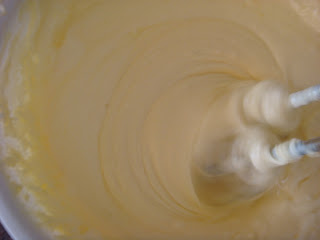 Pour the filling on top of the base. 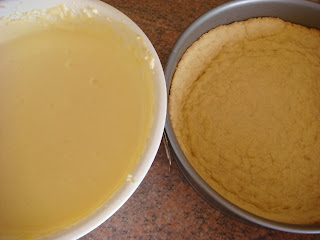 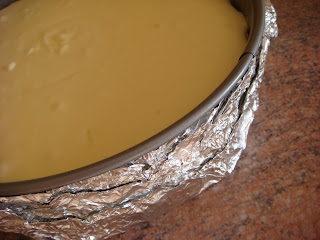 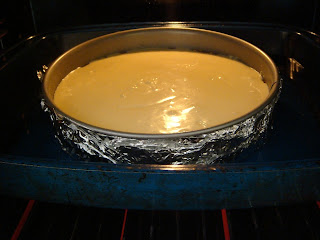 Bake for 1 hr and 20 minutes without opening the oven.

Leave in the oven with just the fan on for 45mins. Remove from oven to cool.
Then put into fridge overnight before serving. 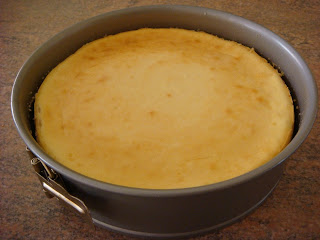 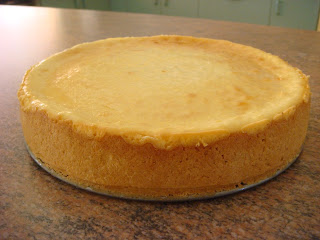 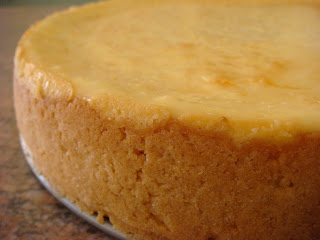 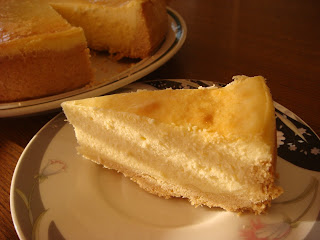 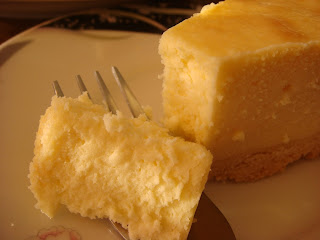 It would go great with some fruit compote, but I didn't have the time for it. Or you could add some fruit into the filling and have a baked fruit cheesecake. Mmm.. some blueberries would have been nice.